Is Kaiser Permanente in cahoots with the Department of Managed Care? NUHW Files Complaint Over Hiring of DMHC Attorney 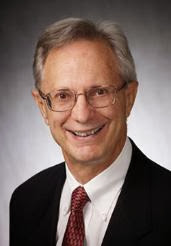 I've known for a long time that the Department of Managed Health Care (DMHC or DOMHC) was in cahoots with Kaiser. DMHC responded to a complaint I filed by saying that Kaiser fulfilled its duty by taking X-rays, and was not obligated to look at them!

Having one of his attorneys move to Kaiser will make everything work smoothly. Marcy Gallagher will have access to Director Barnhart, and knowledge of the inner workings of DMHC. Although I can hardly imagine that things could actually get easier for Kaiser. After all, DMHC has to disapprove of SOMETHING every once in a while, just to pretend it's regulatory agency, right?

The National Union of Healthcare Workers has filed a complaint against Kaiser Permanente alleging that the company hired an attorney who previously worked at a state regulatory agency to impede an investigation into its practices, Payers & Providers reports.

The move comes only a few weeks after NUHW filed a lawsuit to keep Kaiser from participating in California's health insurance exchange. Exchange officials have selected Kaiser to offer individual and small business policies (California Healthline, 9/6).

The union -- which represents about 5,000 Kaiser workers -- has been pressuring the organization since it lost an election earlier this year to represent about 45,000 employees, according to Payers & Providers.

However, John Borsos -- a spokesperson for NUHW -- said the complaint filed this week is unrelated.

Kaiser hired Gallagher in 2012 while she was investigating the organization's health plan for issues related to mental health services access. She now serves as a practice leader in Kaiser's regulatory response business unit.

In a statement, NUHW said that Gallagher "reportedly trained Kaiser officials on how to answer questions posed by DMHC's investigators."

The union argues that the move violates the state's Political Reform Act, which regulates "switching sides by state officials" and "influencing prospective employment."

Gallagher, DMHC and Kaiser declined to comment on the complaint (Payers & Providers, 9/19).

Posted by Maura Larkins at 4:11 PM No comments:

Tri-City Medical Center in the top 100? Really? Or did someone do some fixing? Also: Larry Anderson placed on administrative leave 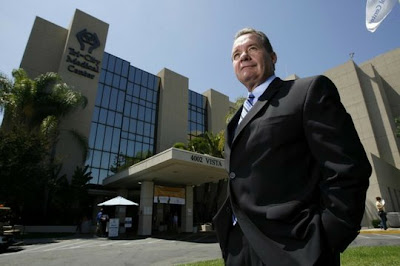 Becker's Hospital Review, which came up with its own ratings, is a good pal of Larry Anderson. They paid him, for some reason, to visit Chicago and stay at a $569 per night hotel. But Anderson didn't report the gift until SDUT asked him about it.

US News and World Report wasn't quite as impressed with Larry Anderson and his hospital. In fact, Tri-City got a ranking of 1.1 out of a possible 100 in cardiology, with survival "much worse than expected. Tri-City's overall score was 20.5 out of 100.

Quite a discrepancy, wouldn't you say?

On the other hand, Scripps La Jolla received a ranking of 63.4 in cardiology with survival "much better than expected."

Becker's also ranked Larry Anderson himself in the top 100 of hospital administrators, but it now reports that Mr. Anderson has been placed on leave:

Larry Anderson, CEO of Tri-City Medical Center in Oceanside, Calif., has been put on paid administrative leave, according to a U-T San Diego report.

Hospital board chair Larry Schallock told U-T San Diego that Mr. Anderson was put on leave in relation to a personal matter and declined to comment further. He also said that Casey Fatch, the hospital's COO, will serve as interim CEO.
Posted by Maura Larkins at 6:03 PM 1 comment:

Routine use of antibiotics in livestock is killing at least 23,000 people a year

Also, use of antibiotics for viral infections in people is another practice that achieves absolutely nothing except to create drug-resistant bacteria. 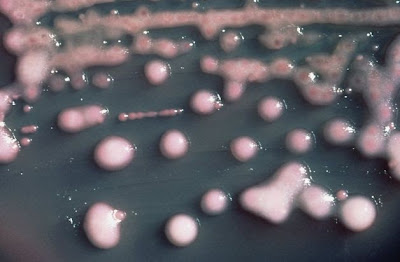 Washington -- The Centers for Disease Control on Monday confirmed a link between routine use of antibiotics in livestock and growing bacterial resistance that is killing at least 23,000 people a year.

The report is the first by the government to estimate how many people die annually of infections that no longer respond to antibiotics because of overuse in people and animals.

CDC Director Thomas Frieden called for urgent steps to scale back and monitor use, or risk reverting to an era when common bacterial infections of the urinary tract, bloodstream, respiratory system and skin routinely killed and maimed.

"We will soon be in a post-antibiotic era if we're not careful," Frieden said. "For some patients and some microbes, we are already there."

The discovery of penicillin in 1928 transformed medicine. But because bacteria rapidly evolve to resist the drugs, and resistance is encouraged with each use, antibiotics are a limited resource.

Along with the annual fatalities, the report estimated at least 2 million antibiotic-resistant infections occur each year. Frieden said these are "minimal estimates" because they count only microbes that are resistant to multiple antibiotics and include only hospital infections, omitting cases from dialysis centers, nursing homes and other medical settings.

At least 70 percent of all antibiotics in the United States are used to speed growth of farm animals or to prevent diseases among animals raised in feedlots. Routine low doses administered to large numbers of animals provide ideal conditions for microbes to develop resistance.

"Widespread use of antibiotics in agriculture has resulted in increased resistance in infections in humans," Frieden said...
Posted by Maura Larkins at 6:28 PM No comments:

Are 20% of intensive care dollars being wasted? Why do doctors send older patients to intensive care when nothing can be done for them? Would this money be better used on children whose improved health would benefit society? And wouldn't dying patients prefer the peace and comfort of hospice?
Almost One-In-Five Intensive Care Patients May Be Getting Futile Treatment
Howard Gleckman, Contributor
Forbes
9/11/2013

Almost one of every five patients in the intensive care units of a major teaching hospital got treatment that was futile or “probably” futile, according to the doctors who treated them. And older patients—especially those admitted from a nursing facility—were most likely to get care that does nothing to improve their quality of life, or even keep them alive for more than a brief period of time.

Those are the conclusions of a new study by a group of UCLA researchers published this week in JAMA’s Journal of Internal Medicine. This study will be extremely controversial but should not be ignored. It raises important questions about the hospital care given to very sick older patients.

First, take a look at the results, which were based on a survey of 36 critical care physicians who treated 1136 patients over a three-month period in 2011-2012. Of those ICU patients, 11 percent got care that their doctors deemed futile and another 9 percent received treatment that physicians considered probably futile. These patients accounted for about 7 percent of all ICU patient days. The cost of futile treatment in one hospital’s ICUs: about $2.6 million over 3 months.

While the researchers found that older patients and those admitted from long-term care facilities were more likely to get futile care, they saw no differences by race or ethnicity.

Importantly, the survey was done at the time treatment was being administered and not in retrospect. Thus, the ICU docs couldn’t know for sure what the outcomes would be for these patients.

However, the researchers were able to follow the patients and what they learned seemed to confirm the judgments of the physicians. Almost no patients had what most of us would consider a good quality of life six months after their ICU stay.

More than two-thirds (68 percent) of those receiving what was deemed futile treatment died before they could be discharged. An additional 16 percent died within 6 months. Of the remaining 16 percent, nearly all required ventilators, feeding tubes, or other life-sustaining devices to keep them alive.

Still, as the authors readily admit, some of this gets pretty murky. The researchers did not attempt to set objective criteria for futile or probably futile treatment. Instead, they relied on the subjective judgment of the surveyed doctors. And, of course, if ICUs provide less aggressive treatment to those patients whom doctors think are likely to die, their predictions could become self-fulfilling.

Did the patients or their families think the care was futile? The study did not say. If the intensive care docs thought treatment was a waste of time (or worse), why did they do it? The authors didn’t ask and can only speculate: Lack of agreement on whether to treat by the family or among the care team, or failure to address end-of-life issues (always a good guess). And of course money can’t be ruled out.

This study leaves a lot of important unanswered questions. But it highlights an issue we often prefer to ignore: Hospitals do over-treat patients who are near death. The only real question is how often. Many of these patients needlessly suffer even as the health system spends a significant amount of money that could be put to better use.

We know that at least some of this can be alleviated by good hospice or palliative care. This study helps us understand the consequences of failing to provide that care.
Posted by Maura Larkins at 10:37 PM No comments: