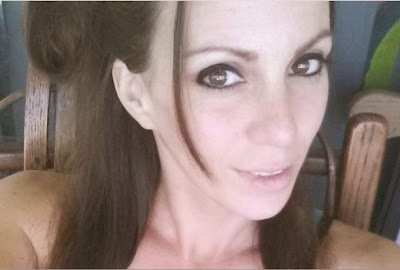 Charlene Dill died because Florida Republicans refused to expand Medicaid that would have paid for her heart health care CREDIT: GoFundMe

This 32-Year-Old Florida Woman Is Dead Because Her State Refused To Expand Medicaid
By Tara Culp-Ressler
Think Progress
April 9, 2014

Charlene Dill, a 32-year-old mother of three, collapsed and died on a stranger’s floor at the end of March. She was at an appointment to try to sell a vacuum cleaner, one of the three part-time jobs that she worked to try to make ends meet for her family. Her death was a result of a documented heart condition — and it could have been prevented.

Dill was uninsured, and she went years without the care she needed to address her chronic conditions because she couldn’t afford it.

Under the health reform law, which seeks to expand coverage to millions of low-income Americans, Dill wasn’t supposed to lack insurance. She was supposed to have access to a public health plan through the law’s expansion of the Medicaid program. But Dill, a Florida resident, is one of the millions of Americans living in a state that has refused to accept Obamacare’s Medicaid expansion after the Supreme Court ruled this provision to be optional. Those low-income people have been left in a coverage gap, making too much income to qualify for a public Medicaid plan but too little income to qualify for the federal subsidies to buy a plan on Obamacare’s private exchanges.

Florida has one of the highest uninsurance rates in the nation, and is home to a disproportionately large number of residents who struggle to afford health services. Nonetheless, lawmakers have continued to resist accepting generous federal funds to expand Medicaid to an estimated 750,000 low-income Floridians like Dill.

Although Florida Gov. Rick Scott (R) initially indicated that he was in favor of accepting the funds for expansion, he’s since walked back that position. Meanwhile, Republicans in the legislature don’t even plan to schedule a vote to address Medicaid expansion during their current session, suggesting that the federal government won’t actually come through with the funding to support the policy.

Dill made about $9,000 annually by babysitting, cleaning houses, and selling vacuum cleaners. As the Orlando Weekly reports, she was optimistic about her coverage options under President Obama’s administration. She tried to sign up for Obamacare using the online calculator on HealthCare.gov, but quickly found out she fell within the coverage gap.

In the absence of health coverage, Dill’s best friend, Kathleen Voss Woolrich, occasionally turned to crowdfunding sites on the internet to raise the money Dill needed to pay for her heart medication. Last month, Woolrich crowdfunded to pay for Dill’s funeral.

In an emotional blog post published on the site Women on the Move at the end of last month, Woolrich blamed Florida politicians for her friend’s early death.

“You see the main argument Republicans use is that it’s some lazy person who needs Medicaid expansion. That those of us living without healthcare or dental care are lazy. But my friend, a single beautiful mother, worked three jobs,” Woolrich wrote. “I am burying my best friend because of the policies of the Republican Party. I am burying my best friend because had Medicaid expanded, her needs would have been met.”

And Dill won’t be the only one. A recent study conducted by Harvard researchers estimated that as many as 17,000 people will die directly as a result of their states refusing to expand Medicaid. In Florida, that translates to about six deaths like Dill’s every single day. This issue is exacerbated by the fact that the low-income residents in states that have resisted Medicaid expansion tend to have more health problems than the residents in other states.

Democratic officials in Florida have responded strongly to Woolrich’s story. Rep. Alan Grayson (D) — who told the Orlando Weekly that his colleaugues’ resistance to Medicaid expansion “has put the GOP’s appalling disregard for human life on full display” — entered Woolrich’s blog post into the Congressional record.

Posted by Maura Larkins at 1:52 PM