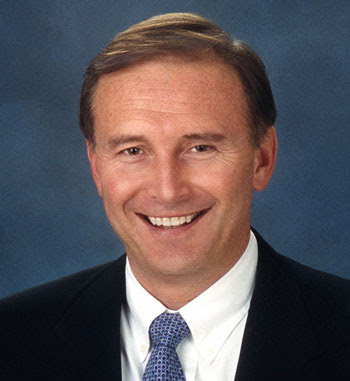 Apparently Kaiser Permanente has been keeping a secret from the public since January 1, 2012 when its Southern California Permanente Medical Group CEO, Jeffrey Weisz M.D., left for Oregon.

Kaiser kept mum about who would replace Dr. Weisz.

UCLA was apparently the first to release the name of Edward Ellison, referring to him as the "Medical Director Elect" on January 25, 2012, when Dr. Ellison spoke at the "The Health Forum" at UCLA. If Dr. Ellison was the "Medical Director Elect" on January 25, 2012, then why does Kaiser indicate in the article below that he assumed his job on January 1, 2012? If you look closely, you will notice that Kaiser was a bit cagey about the announcement. It says Dr. Ellison "assumed the role" of medical director. Does that mean he was really an acting director on probation? It certainly appears that there is some question as to when he became official.

Today I found that Kaiser had slipped an announcement (below) unobtrusively into its website, without any press release. It shows a date of 2/22/2012. I searched the Internet diligently on 2/24/2012, but I could not find any announcement until 2/27/2012 when I got a Google alert. I expect that the announcement will eventually start to appear in Google search results, but at this time anyone who does an Internet search will probably conclude that Jeffrey Weisz is still Medical Director.

Prior to this role, Dr. Ellison was the area medical director for Orange County, leading more than 600 physicians in caring for 430,000 members in two hospitals and 19 medical offices. His tenure in Orange County was marked by high performance, expansive growth and a strong culture of innovation and collaboration. Under his leadership, Orange County won multiple awards for patient safety, community service and excellence in patient care.

Dr. Ellison joined SCPMG in 1984. He has served the group in multiple roles, including president of the professional staff, chief of staff, physician director of the Performance Improvement Committee, physician director Primary Care Services, and assistant area medical director. Dr. Ellison has been a member of SCPMG’s board of directors since 2002 and is a past member of the Orange County Medical Association’s Board of Directors and the California Medical Association House of Delegates. He is a past recipient of Orange County's Family Medicine Physician of the Year.

After completing his undergraduate degree at Duke University, Dr. Ellison received his medical degree from the University of Virginia. He completed his residency training in family medicine at Halifax Hospital Medical Center, University of South Florida, where he served as chief resident. He is board certified in family medicine and is a diplomat of the American Academy of Family Physicians. He has attended the Advanced Leadership Program at the University of North Carolina at Chapel Hill and Harvard’s Advanced Management Program.--2/22/2012
Posted by Maura Larkins at 4:33 PM